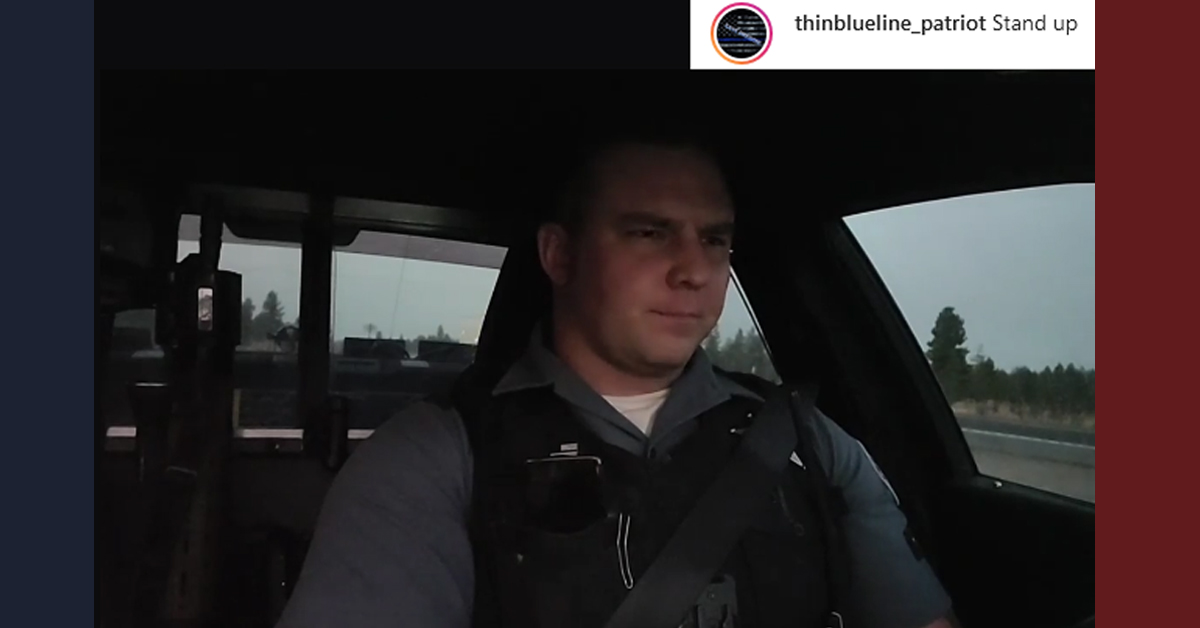 In a video posted last week by an Oregon State Trooper, stating that he took an oath to protect the people and uphold the Constitution for the people that he works for, has been placed on leave and an investigation is pending.

Mr. Kowing is an 8 year veteran of the Oregon State Police. A Father and a Christian whom is standing on his Religious right to be exempt from taking the states mandated vaccine for state workers. Governor Brown has placed the most strict orders recently mandating that state workers, including, Police, Teachers, Medical staff and more to be fully vaccinated by October 18 or lose their jobs.

Zachary Kowing 29, standing on his 1st Amendment right, stated in his video that he believes everyone has the right to be vaccinated or not. He does not believe that Oregonians should be forced to vaccinate in order to stay employed. Mr. Kowing states in his video, “I have personal and religious reasons as to why I will not take the vaccine, as well as the freedom to choose not to,” , which was filmed in his patrol car. He added that he has “fallen in line” for more than a year “with these useless, ineffective mask mandates and I will no more.” “I swore an oath to uphold the Constitution of the United States, to protect the freedom of the people who pay my salary,” and stated “Miss governor, I think you’ve forgotten that you were elected by the people, therefore you work for the people. The title of Governor does not give free rein to force medical decisions upon us,”  Mr. Kowing also stated that he would probably be fired for expressing his freedom to speak out. A state police spokeswoman declined to comment on Kowing’s video, stating that “We just got that information yesterday,  It’s an all  new investigation.”

It truly is a sad day when one is threaten with the loss of their job for expressing their personal points of view. Oregon is fast becoming a state of “rules” that are more strict than any other state in the country. Freedom to choose your personal medical decisions must not be allowed to be infringed. A threat of losing ones job for asserting the right to choose is unconstitutional and draconian. Governor Brown is receiving major push back from all aspects of working Oregonians since she has imposed her new mandates.  Citizens in Oregon stand on their Freedoms under the U.S. and Oregon Constitutions.

* This information is breaking news and will be updated as more details emerge.