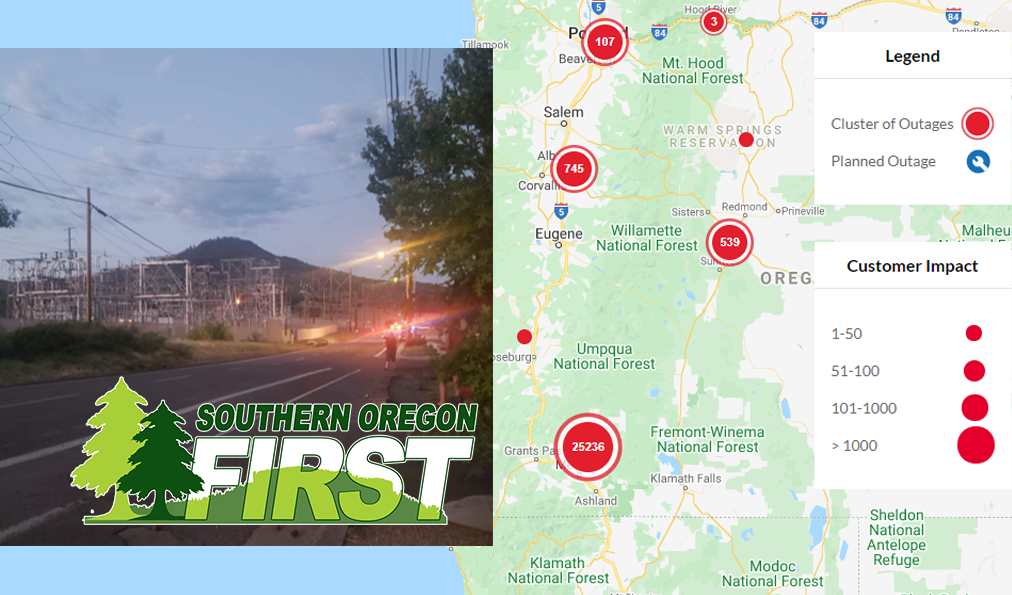 Sunday at approximately 8:30PM Members of Jackson County Scanner Group started to report power outages in several Jackson County towns before Pacific Power’s map had updated to reflect the widespread outage.
Several members reported a transformer explosion at the Lone Pine Substation in Medford. Video and photo evidence was provided.
By 10:30PM many residents in towns throughout Jackson County had reported the power returning to their residences. There were still reports of outages throughout the county at the time of this article.  At the highest point of the outage, over 25,000 customers were without power based on Pacific Power’s outage map for Oregon.
Information and photos from:
Jackson County Scanner Group
JOIN other Scanner Group Communities by visiting:
facebook.com/ScannerGroup/groups
VISIT our websites for more info:
ScannerGroup.com/
ThiefHunterLabs.com/
Share this...