Send A School Board Letter NOW!

Send a letter to the Jackson County Commissioners and your specific School Board using our form provided by Scanner Group. 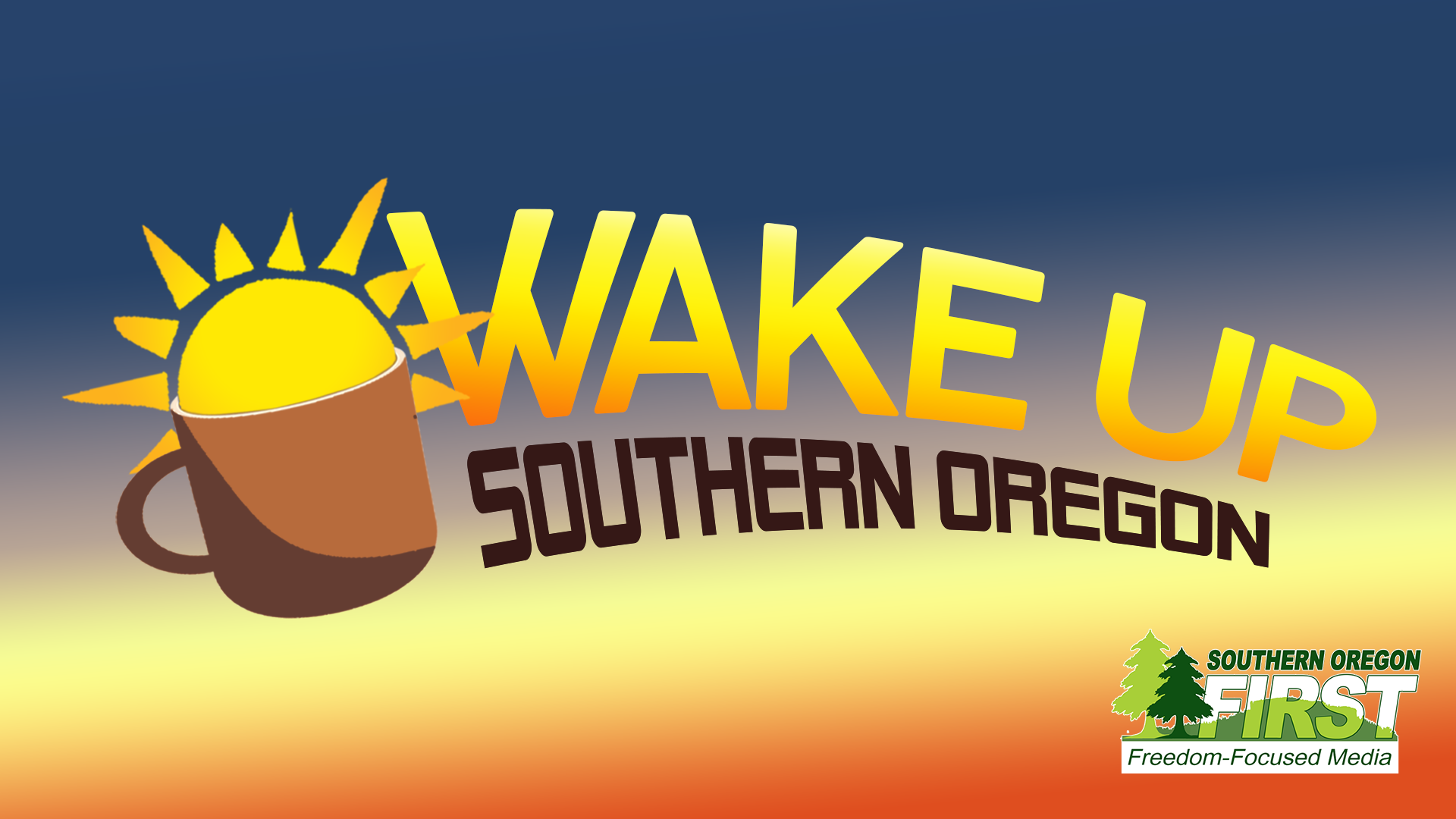 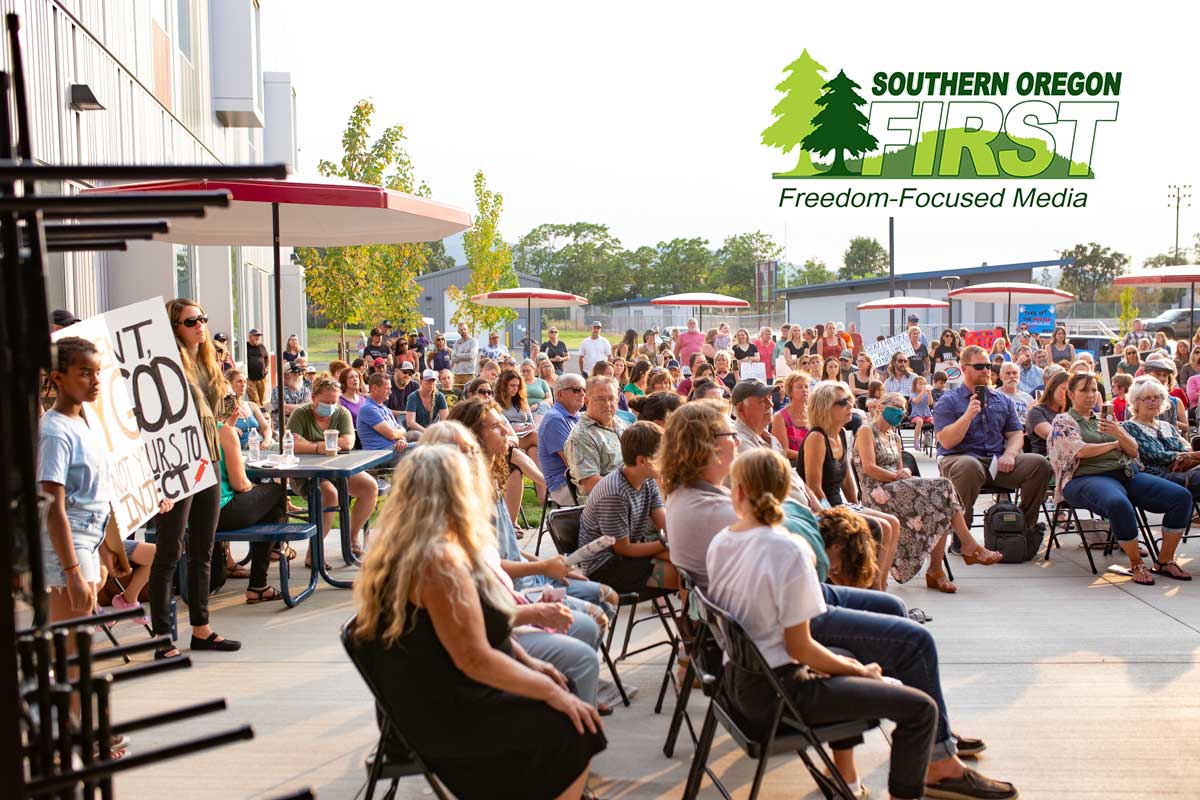 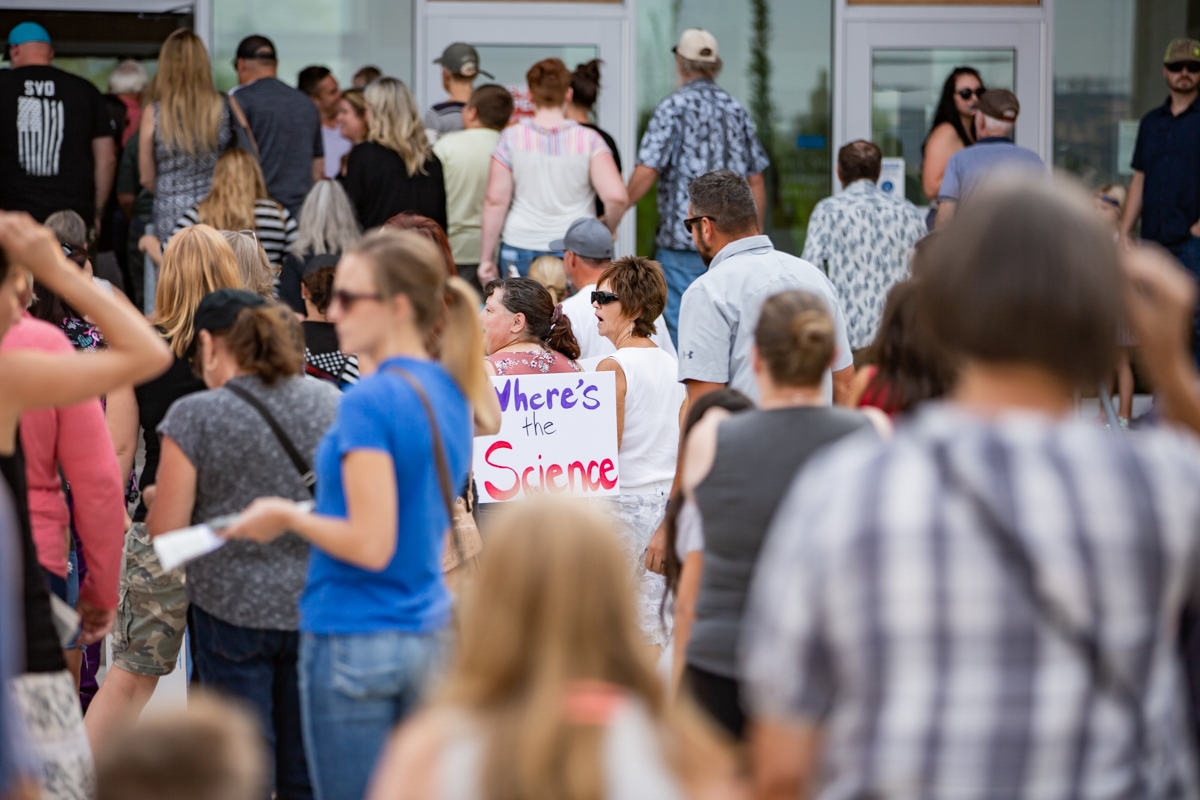 More staff photos can be found at the end of the article.

Phoenix, Oregon – On Thursday, August 5, 2021 a crowd ranging from 150-200 people led by the Maskless Women of Southern Oregon, Ladies of Faith and Freedom, and Southern Oregon First gathered to be heard at the Phoenix-Talent School Board meeting.  The groups have a video podcast show under the name “WAKE-UP Southern Oregon.”

The subject was the mask mandate recently produced by Gov. Kate Brown, ordering Oregon schools to force children ages 2-18 to wear masks at school.  With the school year starting soon, the group of freedom-loving residents brought signs and spoke about parents’ right to choose, the medical and psychological problems caused by masks and stopping instruction of CRT (Critical Race Theory) in the district.

The Crowd had a positive vibe, and cheered loudly for the 10 public speaking spots allowed by the School Board.  Demands were made by multiple speakers that masks in the district be optional, allowing those that want to wear them to do so without judgement.  There were two speakers that mentioned they had filed FOIA (Freedom of Information Act) requests relative to the books and lessons being used in the school relative to CRT.

The groups organizing the event pledged to help residents of Jackson County turn out at their school board meetings and have a voice.  They have also organized a letter campaign online that enables residents of Jackson County to email their specific school board and county commissioners from one place, asking them to stand up to the Governor and against her mandates.

Check out the event photos below provided by Staff Photographer Mary Wallis.  We invite people to download their own photo if they like.   More photos from the demonstration can be found in a publicly available storage location.

Are you looking for more Freedom-Focused stories that main stream media doesn’t bother to cover?  Look no further.  Watch Southern Oregon First online and on Facebook or Telegram linked on the home page of this site! 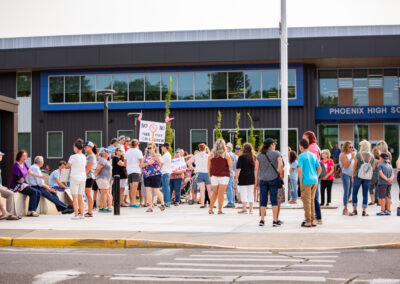 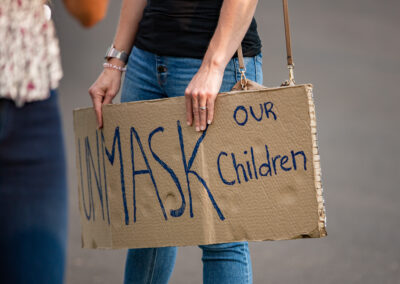 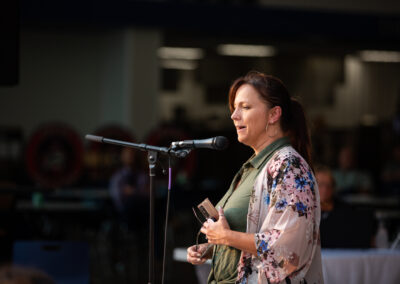 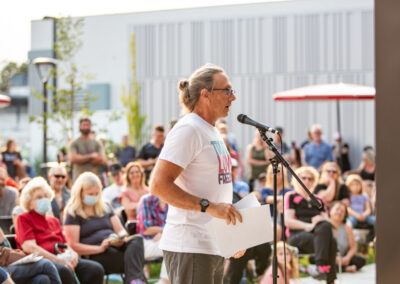 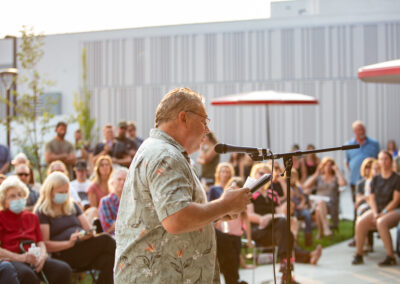 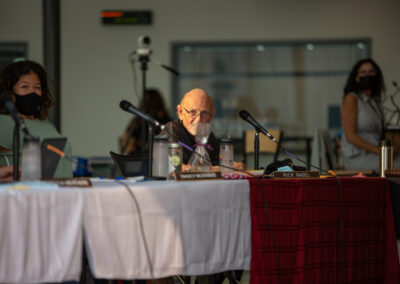 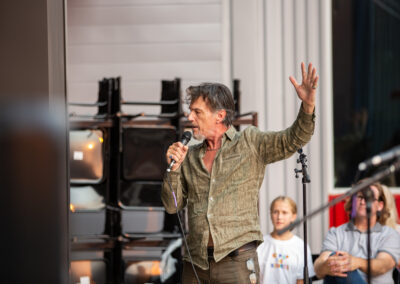 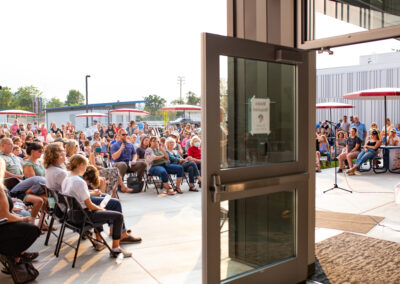 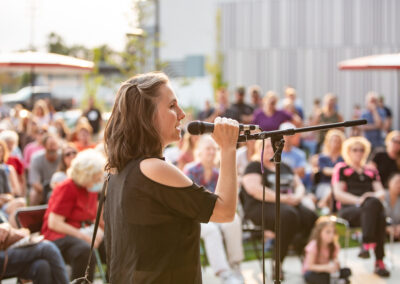 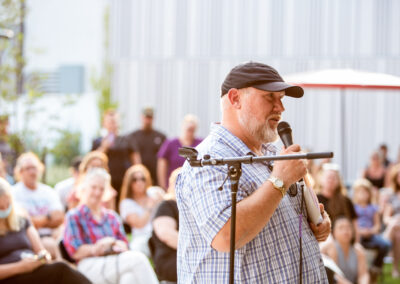 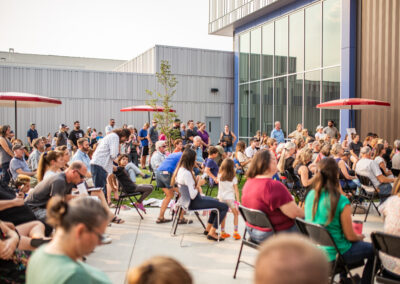 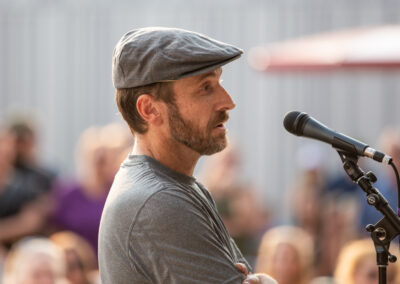 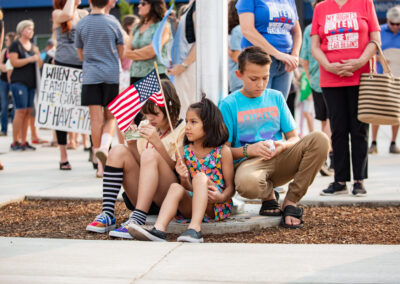